Personalised number plates offer vehicle owners the opportunity create statements and express themselves thematically. However, owing to fierce competition and high prices, vehicle owners usually have to settle for creative registration marks that sounds or looks like the real thing.

To enhance the effect, vehicle owners sometimes try to skirt around DVLA regulations. This, unfortunately, could land them in a world of trouble. Failure to conform to DVLA number plate regulations could lead to a fine of up to £1,000 as well as a failed MOT. At least 15,000 motorists across the country have been fined for such offenses over the past three years. The Greater London has the distinction of being the worst performing region with 3,058 recorded offences. Surprisingly, North Wales were ranked second, with 1,381 offenders.

The regulations, as outlined in the Road Vehicles (Display of Registration Marks) Regulations 2001, are designed to ensure plate numbers can be easily read by police and other motorists. High visibility plates not only acts as a deterrent, it also ensure wrongdoers (and even witnesses) can be easily located.

The five common mistakes with private plates that could reduce the visibility of the number plates are:

(i) Using the wrong background or character colours 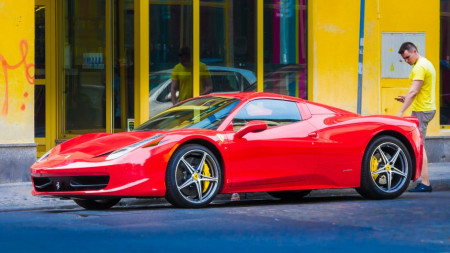 The regulations stipulate that front plates should have a white background with black characters, while rear plates should have black characters on a yellow background. These combinations of colours offer the best level of visibility even during bad weather conditions. Interestingly, UK is the only country in the world which uses different coloured plates on a same vehicle.

DVLA’s number plate format specifies that a space is located between the age identifier and three random letters. However, some personalised plate owners choose to place the space elsewhere in an effort to create words, names or acronyms.

Motorists have been found to be using non-conforming character and background colours. Some even place stickers and artwork on number plates.

To ensure uniformity, DVLA requires characters on number plates to exclusively use the Charles Wright font. Just like True Type fonts on computers, this font provides a high level of recognition even over distance.

Only flags from UK, Scotland, Wales, Northern Ireland and EU nations are allowed to be displayed on number plates. In addition, the emblems and symbols displayed must be from DVLA’s pre-approved templates. Any modification or variation is considered illegal.